When two of the most on point and forward thinking operators join up, you know their going to get good results. American based Sydell Group & UK Soho House have been busily restoring and adding their unique style to one of London’s last untouched gems and most iconic buildings – the Sir Edwin ‘Ned’ Lutyen’s 1930’s Midland Bank building. Set in the heart of bank, the old British master has left the Soho interior designers with plenty to inspire & think about.

Over 90 green verdite columns populate the old banking hall like a opulent forest, that will hold 8 bars & restaurants within the spectacular space. The iconic basement bank vault will hold members as they drink surrounded by hundreds of stainless steel safety deposit boxes or take a swim in the roof top infinity pool that overlooks St Paul’s Cathedral. 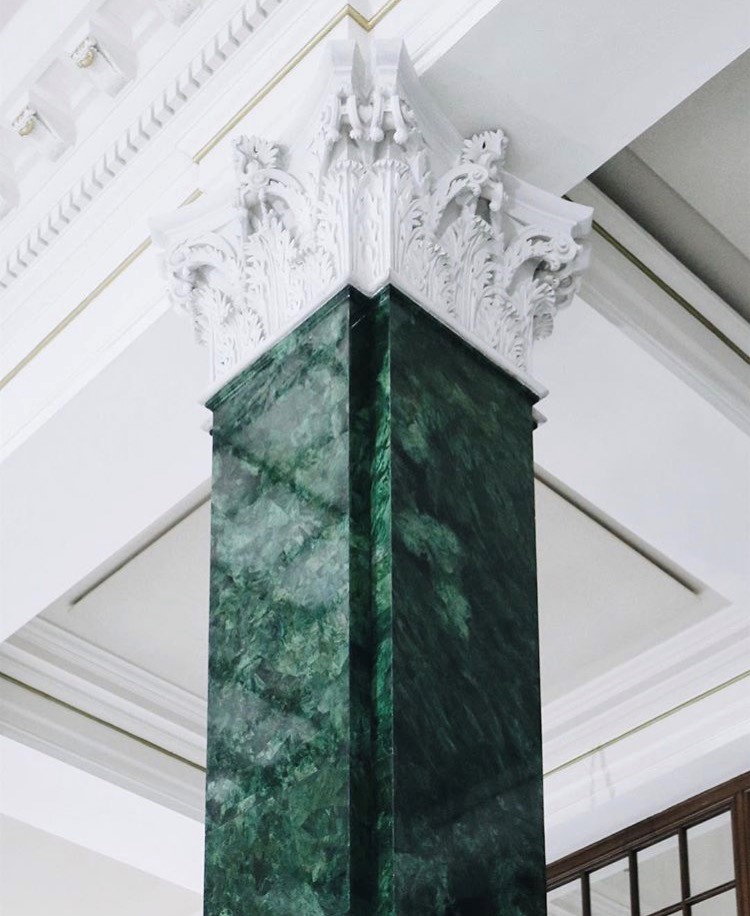 I have been lucky enough to have worked on the project for nearly 4 years and I’m so excited to see the building come to fruition. The sensitive task of designing a new hotel that does not become a second rate pastiche while embellishing the banks character has been masterfully pulled off by Soho & Sydell, with a clever mix of vintage pieces, decadent fabrics and traditional design, you would never know the building was originally a bank and not a 1930’s hotel.

I would highly recommend a trip to visit when The Ned opens in early spring 2017.